I hadn’t heard of Winterville before until a friend said she went the week before and suggested we go on Saturday. She described it as ‘a smaller version of Winter Wonderland in Hyde Park, and I’d say she’s spot on!

I’ve been to Winter Wonderland a few times in years past and always enjoyed it. I also noticed that it gets busier and busier each year. This year friends have told me they weren’t even able to get in over the weekend as it was so busy! Wow!

So it was actually a relief to go to Winterville. Victoria Park is a 20 minute walk from Mile End station. There was a great atmosphere and a fair number of rides. It is deceptively large from outside, but once inside you can go around it all in 15 minutes. However, the best thing was that on a Saturday afternoon it was easy to get around as it wasn’t packed with people!

We had some nice mulled wine, looked at the rides (I love rides, but wasn’t in the mood to go on them after wine) and enjoyed some food from the stands. I really enjoyed the chorizo stew, followed by churros. Yum.

The highlight was definitely the music ‘tent’ that got going at 7pm. They had live music from the Old Dirty Brasstards who played modern tunes on their brass (awesome) and a performance by Guilty Pleasures (I think) who were fabulous. The DJ was also great and clearly having a ball with his own great tunes!

I’m glad I came across Winterville. I think I enjoyed it more than what Winter Wonderland has become – although I’d happily go to both again. Bar the latter on a Saturday evening! 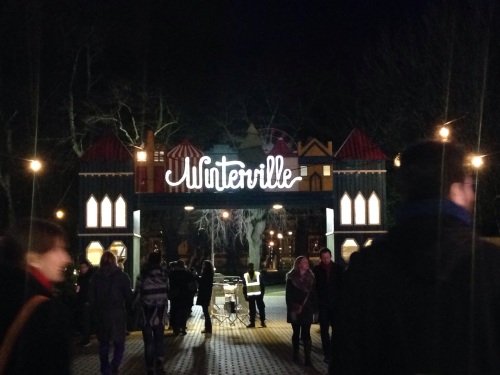 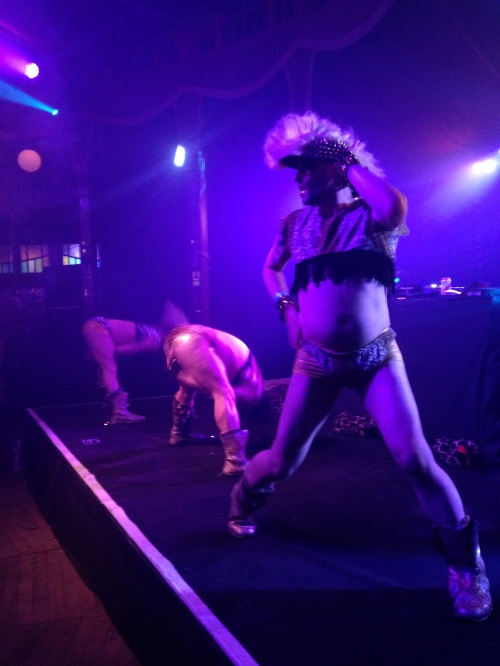 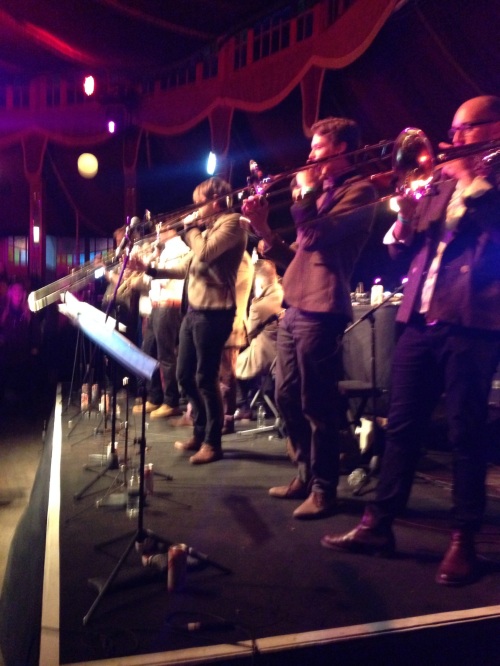 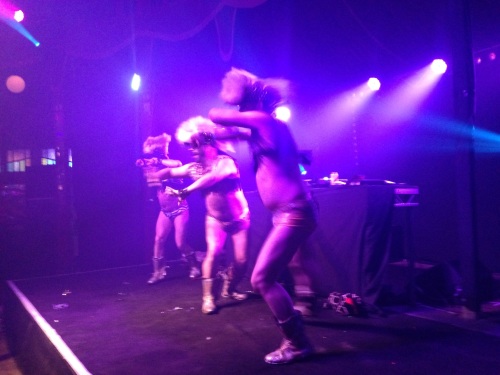